Where You Come From Does Not Determine Your Power

One year ago, in front of the entire UN General Assembly, the then 24-year-old Vivian Onano gave her first keynote speech. Not many 24 year olds can claim such an achievement, neither can they say they dined with FLOTUS, hung out with Bill Clinton or met all living American presidents, Jimmy Carter excluded.
Coming from a small village in Nyanza province, Kenya, Vivian has grown into one of Africa’s most passionate youth advocates with credentials that have earned her a seat at the table with the greats of the world.
READ FULL POST 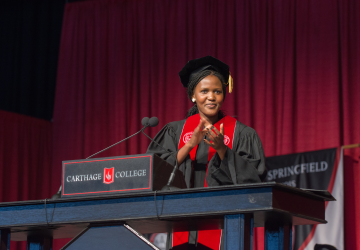